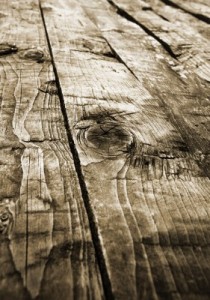 Amazon’s recent agreement with the State of California, which requires the e-commerce giant to begin collecting sales tax on goods sold to California residents, is merely a local armistice in the ongoing sales tax battle between online retailers and state governments.

Under the U.S. constitution, a state may require a retailer to collect and pay sales tax if there is a sufficient connection—“sufficient nexus,” in legalese—between the state and the retailer. Before the rise of e- commerce, it was usually not difficult to determine whether this standard was met. A retailer with a brick-and-mortar storefront in California can hardly argue that it is somehow beyond the taxing authority of the state and local governments that protect their facilities. And those which sold exclusively through printed catalogues could take comfort in the U.S. Supreme Court’s determination that the required nexus does not exist if seller’s only connection with customers in a particular state is by mail.

Enter Amazon & co. As the internet developed, online retailers have been able to undersell their traditional competitors in part by not collecting sales tax. Cash-strapped state governments, no doubt with the encouragement of their brick-and-mortar business constituents, began to salivate after the growing untaxed revenue stream. And as various states began trying to collect sales taxes on Amazon’s sales, legal battles ensued.

The conflict turns on the so-called “Commerce Clause” of the U.S. constitution, which gives Congress the power to regulate commerce among the 50 states. Under this sweeping grant of authority, Congress could establish a uniform set of rules for when California, New York, or any other state may tax Amazon’s sales to their residents. However, Congress has not chosen to act.

In the absence of a directive from Congress, the U.S. Supreme Court established the requirement of a “substantial nexus” between the taxing state and the retailer as a stopgap measure to limit the states’ ability to burden interstate commerce by taxing sales outside their borders.

While the “substantial nexus” standard sounds good in theory, the devil, as always, is in the details. How can a retailer determine whether a particular action will result in tax liability? The U.S. Supreme Court has made a few pronouncements on this subject. For example, maintaining a team of independent sales agents in the state is enough to establish substantial nexus, while selling exclusively through printed catalogues is not. However, the Supreme Court’s decisions pre-date the rise of e-commerce and do not address internet sales.

In the spirit of adapting constitutional standards to changing times, several states have seized on the presence of local affiliates—who are compensated by Amazon for promoting Amazon on their websites—as the “hook” on which they can establish nexus. They argue that these affiliates are essentially Amazon’s local sales agents. On the California front, Amazon decided that its interests would be better served by a truce with the state. In other cases, Amazon simply terminated its relationship with its local affiliates in order to fight on. The underlying issue—what, exactly, does “nexus” mean in the context of internet sales—remains unresolved.

The take-home message for online retailers is that uncertainty remains the rule of the day for taxes on sales to out-of-state customers. (In contrast, sales to in-state customers are certainly taxable, as there is a substantial nexus between the retailer and its home state.) Unless Congress enacts a national standard or the Supreme Court takes up the issue again, internet retailers will have to cope with uncertainty about whether the states where their customers reside can compel them to collect and pay sales taxes.

This is a general summary of the law and should not be taken as legal advice specific to your situation. If you would like to schedule a 30-minute free consultation, please email me at jcw@eastbaybusinesslawyer.com or call 925-327-1019.