If you have a settlement agreement that is being paid out primarily as a result of the violent assault of rape, what is the tax burden for these settlement monies? Obviously, as the taxpayer you have the burden of proving that these damages should be exempt from being taxed. Under the Internal Revenue Code, damages received “on account of personal physical injuries or physical sickness” are exempt. However, damages for emotional distress or symptoms of emotional distress—such as insomnia, headaches, or stomach disorders—are generally not excludable, unless the emotional distress itself resulted from personal physical injuries or physical sickness. 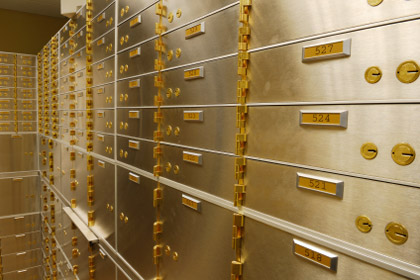 The research I have found reflects that the IRS itself has offered very little guidance on how to treat damages for sexual assault. An internal IRS memorandum, which appears to deal with a clergy sex abuse case, suggests that the IRS will not attempt to tax settlement proceeds even if the victim no longer has evidence of the exact nature of the physical injuries suffered at the time of the assault itself. While we can hope that this is evidence of the attitude the IRS will take, you cannot rely on it as binding authority should the IRS (or a particular agent) see things differently.

A great deal depends on the facts of your particular case. If your case is light on documentation of the sexual assault, the IRS could point out that your complaint does not detail the inevitable physical trauma that resulted from the rape. This is understandable in light of the fact that many sexual assault victims do not seek medical attention immediately. In my opinion, it would take a particularly misogynistic mindset to make this argument, and I would vociferously argue that it would amount to the IRS’s independent determination that the sexual assault never took place at all.

This has been addressed in a few Tax Court cases–each case turns on its own facts. In some cases, the Tax Court has held that the plaintiff’s claimed injuries or illness were physical even though they were caused by stress and not by any direct physical cause. For example, in one case, a plaintiff suffered a heart attack as a result of the stress he endured at the hands of co-workers. In another, the plaintiff suffered significant worsening of her pre-existing M.S. as a result of a stressful work environment. In those cases, the Tax Court agreed that the conditions were physical injuries and not mere symptoms of emotional distress.

As this discussion illustrates, the law in this area remains unsettled and is ever evolving. If you choose to take the position that your entire settlement proceeds are exempt from tax, there are a few precautions you would do well to follow:

By contrast, if you disclose, pay no tax, and adopt a “wait and see” approach as recommended above, there is a chance that the IRS will simply choose not to challenge it. And if the IRS does assess more tax, there are avenues for settlement (such as the internal IRS Appeals unit) short of full-blown litigation.

Again, depending on the facts of your particular case, given the language in a U.S. Supreme Court case that stated that damages for lost wages are excludable if the wages were lost as a result of personal injury, you could have a valid claim to exclude the entire amount as non-taxable. While there is no guaranty that the IRS will agree, or that you will prevail in the event of a dispute with the IRS, I do not believe it would be overreaching to claim the entire amount as non-taxable.

If you would like to talk with me, please feel free to call me at (925) 217-3255 or email me at jcw@eastbaybusinesslawyer.com. This is just a basic overview and is not legal advice specific to your situation.